Muhsin Akgün is a Turkish photographer and his career in professional photography started in 1995. He began to work at Radikal, which was a daily liberal Turkish language newspaper. He works at Hürriyet that is one of the major Turkish language newspapers founded in 1948 and has various personal projects about cultural and art activities. (performance and portrait photography) He published a book called “Lyrics and Music: Istanbul” in 2010. Nowadays he is working on his second book “Lyrics and Music: Istanbul 2” that will be published in 2020. Invisible Cities Project was very exciting for him in terms of being an international project and since it took place in parallel to the 20th Istanbul Theatre Festival. He enjoyed working with young people in the workshops. 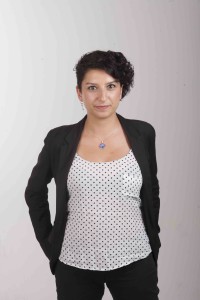 Bahar Çuhadar is a Turkish journalist who works at Radikal Kitap (Radikal Book) and Hürriyet, one of the major Turkish language newspapers and she also writes theatre reviews. She began her career as a journalist at Radikal that was a daily liberal Turkish language newspaper, in 2004. She also works on several social subjects and problems in Turkey like gender equality, educational problems and LGBT. Although she attracted attention with her cultural and art activities writings, recently she is working on book reviews, cultural and art activities, and on literature for Radikal Kitap.

Bahar Çuhadar is also involved in a new project “Başka Bir Okul Mümkün” (Another school is possible) that is a non-profit organization offering an alternative educational system. Invisible Cities Project is an amazing project for her because The Kindly Ones is not only a theatre play but also an international project about people and cities. She highlights the importance of working with young people in the workshops.