“I admire their strength and endurance” 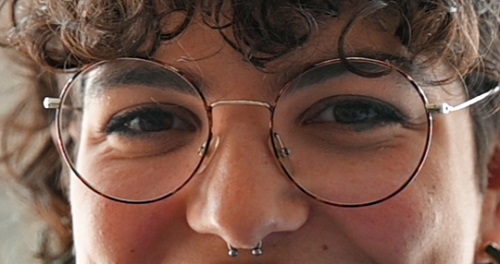 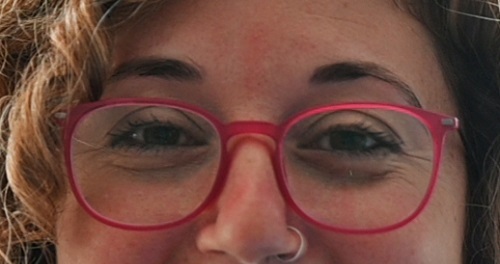 What would your life be like if you had to flee your home country and start a new life? How would you take your place in a foreign society, far away from your comforting friends and family? That’s the kind of situations Arsis tackles. Magdalini Parali (40) and Mar Alonso Quintos (27) both work for Arsis and have a great passion for helping people who need to get back into society. “I admire the strength and endurance that I have seen. It reminds me how fluid life is and how seriously we take it.”

It’s a warm spring day when Magdalini welcomes us, seven European journalism students, to her workplace at Arsis. Arsis is a social non-governmental organization in Thessaloniki, Greece that started in 1992. They have a mission to prevent the social exclusion of young people. Magdalini leads us to a classroom and immediately starts talking about her passion for this place. Her warm smile seems to stay permanently on her face. Magdalini started working at Arsis six years ago, so she’s experienced lots of different stories and she has met a lot of inspiring people.

“We help people who need support in their integration in Greece”, Magdalini explains. And there are a lot of people who need help. According to the Hellenic Ministry of Migration & Asylum, there are a little less than two thousand unaccompanied child refugees in Greece at this moment in time. Arsis makes sure those people get a place to live. “We have accommodation projects like shelters and apartments, but we also have an educational center for the youth that do not have access to educational activities.” These projects are not only meant for refugees, but also for other people like drug addicts or alcoholics.

After a little while, Mar Alonso Quintos also enters the room. She is a Spanish volunteer at Arsis who teaches children English and drawing, something many of them didn’t have a chance to learn in their home country, she says. Both Magdalini and Mar reminisce about the people they have helped over the past few years and at that moment Magdalini is reminded of a special person: one of the guys who’s really worth staying in Greece, she remarks. She starts the story with a big smile on her face.

“This guy was one of the craziest guys in the center, he did a lot of things”

“This guy was one of the craziest guys in the center. I spoke to him today and when I asked him how he was doing, he told me he just got an objection to become an official Greek citizen.” This is something that happens often in Greece, she explains. It takes a lot of time to get the right paperwork, with the result that people stay in a gray zone, they practically stay invisible.

“I asked him if he was working”, Magdalini continues. “And he whispered: I am working, but only black [black market], so don’t tell anyone! His dream was to start a cleaning company. He wasn’t very good at cleaning in the beginning, but we had a cleaner in the center who was really amazing. She was like a big mama! He became a very good cleaner because of her.” The guy hasn’t reached his dream just yet, but Magdalini roots for him every day.

Trust: the key to success

Aside from the legal difficulties, refugees also face a lot of discrimination on the streets or in school. According to the UN Working Group report on discrimination in Greece in 2020, migrant and asylum-seeking people who are survivors of gender-based violence lack access to support and safety. Mar and Magdalini acknowledge that. “They can endure it and they do, but it still does something to them. It’s like waves crashing against a rock, sometimes it feels like a tsunami”, Magdalini says in a gentle tone. Both women describe the people at Arsis as a garden. “There are plants that we grow, and plants that do not make it, but they’re not only refugees. They have a name and a story. That’s important to understand.”

Refugees already face a lot of difficulties in Greece, but Arsis provides a safe space for everyone. Mar explains that she has gained a lot of trust from the refugees. “I try to give them a way to channel their own creativity, to make them believe they can do it. Many of the children believe they can’t go on with their lives, but they can! It’s a safe space for development.” Sometimes Mar even hangs out with the teenagers of the center and has a drink with them by the sea. This makes both parties very happy. “We have a really chill relationship with each other, and they trust me a lot. I don’t judge their process or their emotions.”

It all starts with hope

The conversation is almost ending, and Magdalini and Mar think about what they have learned from the people and the stories at Arsis. “What I admire the most is the strength and endurance that I have seen, and the hardships people face, but also overcome”, Magdalini explains. “These people don’t take life so seriously, because they don’t have much to lose. It reminds me of how fluid life is and how seriously we take it.”

At last, Mar adds with a grateful smile that the refugees give so much back. “You give them this little thing and they have the capability of turning it into something way bigger. That gives me a lot of hope. It’s beautiful.”

“It will not bring me down, I will”

«We are constantly praying for this to stop»

Kindling a better world – A podcast with and for people 

Everything will be ok

Damiano: “I have lived two lives in one lifetime. I feel lucky and blessed”

Katerina: “I wondered myself: Do you really want to die because of this?”

George: “I look forward to living a free life”